Mods vs Rockers in the 1960s : Creation of a Moral Panic

Read through and watch the text(s) below and then answer the question that follows in bold print at the end of the post...

One weekend in 1964 residents and holiday-makers in the seaside towns of Brighton, Bournemouth and Margate, were rocked by a sudden influx of young, cool gangs. They were Mods and Rockers, and the culture clash that occurred that weekend, described in the articles below in The Daily Sketch, Daily Mirror and others, has become iconic in the history of youth culture.

Mods and Rockers were easily identifiable by their distinctive clothing styles: the Mods wore Fred Perry and Ben Sherman designer suits, covered by a Parka jacket; while the Rockers wore leather biker jackets and jeans. Mods also rode European scooters like Lambrettas and Vespas and listened to a mix of Motown, ska and bands such as The Who.

The Rockers favoured motorbikes and listened to American rock and roll such as Eddie Cochrane and Elvis. Although the movements were short-lived, violent clashes between the two gangs were seized on by the media and used by moralists to exemplify the outrageous liberties enjoyed by Britain’s youths.

The seafront vandalism and violence described in the newspaper article was later made into the 1979 film Quadrophenia. 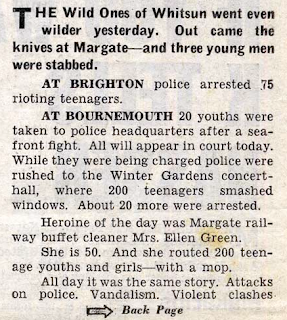 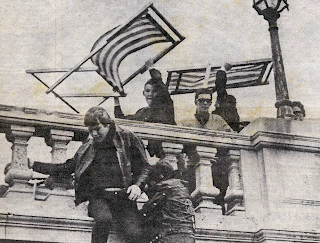 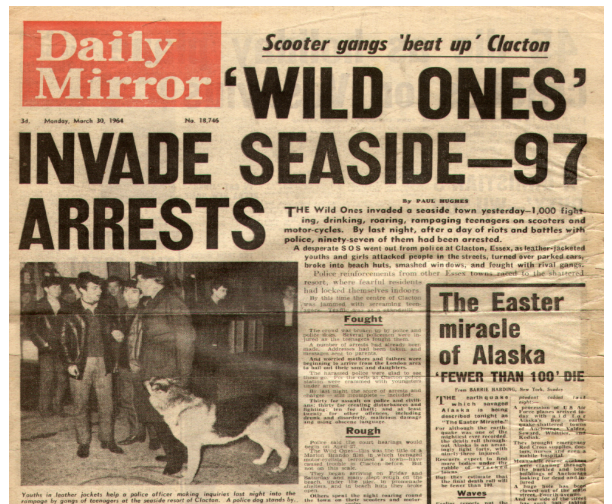 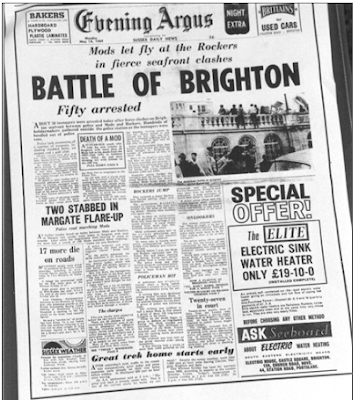 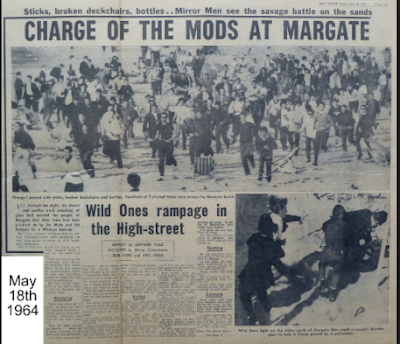 The video below shows how the media in the 1960s reported the clashes between mods and rockers and considers whether or not the media coverage exaggerated the scale of events leading to a 'moral panic' in relation to the behaviour of these youth subcultures.

This is evidence of historical creation of collective identity for British youth cultures.


The following is taken from bbc.co.uk:


The seaside battles between the sartorially elegant Mods and their leather-clad rivals the Rockers fuelled much sensationalist media coverage in 1964.
As news of the fighting and arrests filtered out, these youngsters found themselves at the forefront of public outrage.
In fact, the Easter weekend shenanigans were pretty much the first mass-media scare over a drug-taking, mindless, violent youth.
The trouble caused enough outrage for Panorama to investigate the groups and work out whether this phenomenon would be become a regular feature of future bank holidays.
The results were strikingly candid; providing a snapshot of working-class youth at the point where deference to the establishment was beginning to wane.
The Mods preached a hedonistic take on life; enjoying drugs, music, clothes and violence to a lesser or greater degree and set a blueprint for many a youth tribe to follow.
You can watch part of the Panorama programme by clicking on the link below..
I Predict A Riot
Question

In what ways do the media texts referenced above create a representation of young people as being a danger to society?

- vandalism and violence
- numerous arrests
- words used such as "rampage" "wild" "battle"
Posted by Unknown at 05:31